Super Bowl Sunday has come and gone...the one time I watch football all year.

Some have said that the Kansas City Chiefs (out of Missouri, I might add) won because of "bad calls". Others say the 49ers are just sore losers. Unlike (and unfortunately) US elections...whose "actual wins" aren't based upon what "We the People" call...it's how the political game is called. Billions of dollars are pumped into an arena of "gladiators" vying for a title...so, call it a sport, or call it pure entertainment...it is what it is these days...and we all have to deal with it.

I recently posted a quote from a movie I watch religiously, after every Super Bowl: The Replacements:

Jimmy McGinty (the coach): You know what separates the winners from the losers?
Shane Falco (washed up Sugar Bowl QB): The score.
Jimmy McGinty: No, getting back on the horse after getting kicked in the teeth.

Every year, the Super Bowl teaches me that humanity wants heroes. We want those larger-than-life celebrities who portray themselves as bigger than our own selves to fight for the win...the battle, the prize, the title, the cause. I myself am inspired by such a fight, such a win. Competition has been the thread that pulls all to push for the "best". USA, all the way!

Let me tell you a little bit about "competition".

Most in Riverton, WY know that, in high school, I practiced very hard to be the best. I competed in several piano competitions...music festivals...received scholarships for Music Performance, etc. I would get up at 4:30-5 in the morning and practice the piano until it was time to go to Seminary (LDS scripture study), and then it was off to school. After school, I was off to piano lessons...when I was in 8th grade, I had entered CWC's Music curriculum, because my piano instructor and mentor (from age four), Francis Kelliher...said that she could no longer teach me...that I was beyond her instruction. Enter Carol Dahlberg, Professor of Music at Central Wyoming College...in the li'l ol' town of Riverton, WY!

It was at that moment that I was truly scared. I remember my first collegiate lesson/audition well. Beethoven's Sonata in G Major (which I had memorized completely by ear)...Scott Joplin's "Maple Leaf Rag" (also by ear)...and (how very quaint), Mozart's Sonata in C (by both ear and notation, but honestly...more by ear).

I had won several piano competitions and scholarships, but one of the events that really stuck with me was MTNA's National Piano Auditions in Spokane, WA. I always loved going to piano competitions, because it meant that I met competitors from all over the US or the Northwest region. I kinda lived a sheltered life, so it was so wonderful to meet others in the musical arena who were my age...and spoke the same International Language:

I very much have my Dad to thank for being a humble, gracious competitor and winner. When I won a piano or vocal competition, he always said: "I'm so very proud of you! Now get over there, and congratulate everyone else!" When I did, blatant honesty ruled:  "You did your Bach piece soooo much better than me!"..."You SO  rocked on your Mozart!"..."Where did you get that Bartok?"..  A language that parents, coaches, professors, etc. don't really ever see or hear...or will probably never understand.

What have I learned about competition?

That there will always be someone better than you...and there will always be the critics, those "arm chair quarterbacks"...but that really doesn't matter. Because what you bring to your sport,  your art, your craft, your "thing" that you do...will and does make an impact!

What does it take? Heart.

YOU are what makes America great. We...the People.

In 2016, I didn't vote for Trump or Hillary. I voted for ME. I was true to myself, not any political, popularity contest or party...and many might deem that as shockingly stupid...but NO one does or ever will represent me. No party, no persuasion...nothing! I still believe in the US Constitution as our Founding Fathers set. I still believe that they would want to do good by my Native American ancestors, and would be absolutely appalled by what is going on in our world today. I believe our Founding Fathers would be weeping tears of guilt and repentance.

But who even cares now? Today, it's all a very, very stupid competition., but...

At least we all have Music. 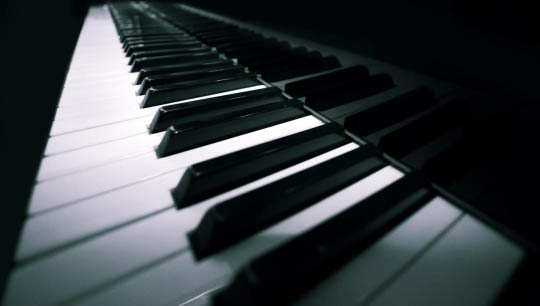