Coffee & Convo: The Systems That Have Failed Us 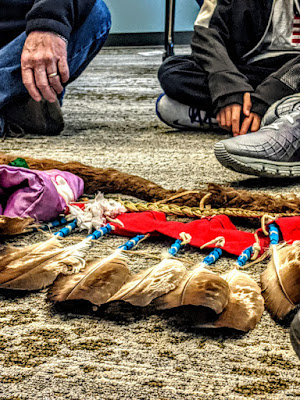 Yesterday I attended one of the most incredible events since being back home. As mentioned in my last blog post, the Talking Circle put on by Wind River Cares and the Riverton Peace Mission, hosted by the CWC Intertribal Education Center...exceeded all of my expectations (if I even had any to begin with). I was very impressed by the number and diversity of folks who attended...it was so large that we had to divide into three Circles.

I love to get together with friends and chat over coffee...catch up with each other, talk about the issues, solve the world's problems (haha!). I even like to join [civil] discussions on Facebook on various topics of interest, put my two cents in. Sometimes I feel like I'm only contributing to the banging "noise" of pots and pans and wonder if anyone is really listening or reading.

Not so in a Talking Circle. Everyone has a voice, no interruptions. Everyone respectfully listens to each other. It may take several hours to go around the Circle...and it did. Five hours of talking and listening, recognizing and airing grievances, hurt, anger and pain, you might think at one point an emotionally-heated debate or argument could be triggered. However, after spending so much time respectfully listening and being in the room with strangers who have now become part of your life, your own circle, your tribe, your family...the only way I could describe it? Peaceful.

The question was: "What have been the systems that have failed us in our lives?"

Listening to each person give their answer and tell the stories behind their answer was not only enlightening, it was very powerful. Government and legal/law enforcement systems. Political systems. Corporate systems. Religious systems. Familial, tribal and social systems. Health systems. Educational systems. Monetary systems. We've all been affected by failures of a few or several systems in our lives, and my mind gravitates towards: "Where did it all go wrong? Where did it all start to break down?"  Individually? In our tribes, in our communities? In our country? In our world?

"Failed" is a strong word. In trying to pinpoint the sources of system failures, we may feel the urge to place blame and scapegoat. Brandish those pitchforks and torches. Point the finger and engage in fiery debate. Shoot from the hip, ask questions later. Tear each other apart because of the wolves we feed. It is, unfortunately, so easy to hasten anger and hate, and we have all been guilty of it.

Why? Again, because we've been hurt. To actually take the time to pull away the layers and deeply examine the sources and causes of the system failures takes not only a great amount of patience, but courage because of the hurt, and most importantly, the degree of hurt. But there are things that we already know. After centuries of ripping up the Native American tribes and cultures to near-extinction, we know exactly what is to blame. We know what is to blame for the African slave trade. We know what is to blame for the Holocaust. We know the kind of greed, selfishness, deception, hate, violence and trauma that breaks up our Circles...and the effects of these disasters in human history have had - and continue to have - devastating effects on every generation.

Knowledge is a step, but it is not enough. Getting the "powers that be" to care enough to stop the continued destruction long enough to even admit and/or acknowledge the failures will take a greater, collective energy of paradigm-shift proportions. Until then, we are all slaves to the systems, at the mercy of failure and those who make decisions behind closed doors...decisions that affect literally billions of lives.

The Circle of Life has been so badly, badly damaged, and the only way to repair it is with the inclusion of one thing: Harmony. It is what I see with every sunrise and sunset. It is what makes music so pleasant. It is what I taste when I pull a big fat juicy garden tomato off the vine. It's what I feel when I come together in love and laughter with my friends and family. The harmonious frequencies of Life are a part of all of us, and it is what I felt yesterday in the Talking Circle.

So it starts with us: We the People. I'm not saying "of the United States" because let's face it, we are not united. I'm not saying "America", either, because this land isn't your land or my land. We the People are all a part of Life on this planet...as fragile and vulnerable as an emerging butterfly, or as formidable as a hurricane or wildfire. So perhaps we need to not only recognize and understand the hurt and devastation that has been caused in all of our lives by the systems that have failed us...and come together and create a Circle that can never, ever again be broken. 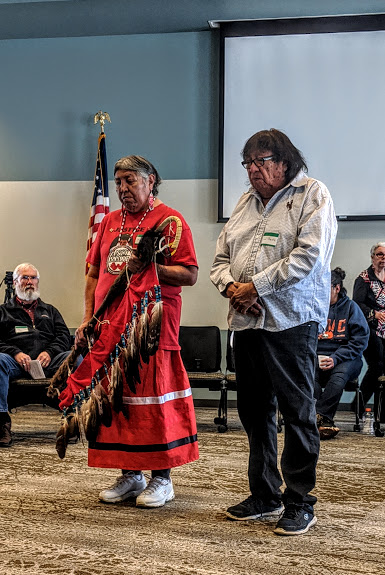 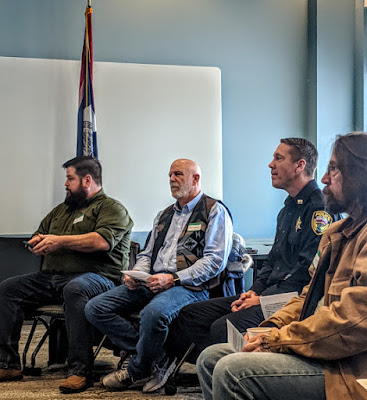 Posted by Carol Harper, Community Media at 11:38 AM